The first unmissable event of the year took place in January, at the KBIS trade show in Orlando (United States). The Kitchen & Bath Industry Show is the world's biggest international trade event dedicated to the kitchen and bathroom industry. For the last 50 years it has provided a platform for showcasing the latest products, trends and technologies in the sector. The first month of the year is also important in Germany, which hosted two trade fairs. The BAU trade show in Munich is the most important event for the European building industry, while Cologne's IMM trade fair is an event of international importance, one that provides an overview of furniture and designs currently on the market, as well as everything that's set to appear in the future. Elsewhere, the reference point for trade shows in the floor covering, stone and tile industry is The International Surface Event (TISE), which was held in Las Vegas (United States) at the end of January. To end the month we had the Interior Design Show, which took place in the Canadian city of Toronto and celebrated its 20th birthday by exploring the people, products and places that make the design world such an exciting and inspiring place to be.

And in February it was Valencia's turn to become the focal point of the kitchen sector with the SICI trade show. This fair represents an important shop window for manufacturers of furniture, countertops, household electrical appliances, etc. It's a significant event in the sector's calendar and Cosentino was there to showcase the latest products from our Silestone®, Dekton® and Sensa® brands at a stand that covered some 80 square metres of floor space. Visitors were particularly taken by our most recent launch, that of our new, groundbreaking Silestone® N-Boost technology. This allows us to modify the surface of materials at a molecular level, improving their technical and aesthetic features, while making it easier than ever to clean and maintain them.

The Expo Revestir trade fair was held from 7 to 10 March at the Transamerica Expo Center in São Paulo (Brazil). This is the biggest Latin American trade show for the floorings industry.

In addition, multiple editions of ARCHITECT@WORK have been held throughout Europe, with Barcelona hosting its first edition of the trade show on 29 and 30 March of this year. The fair featured talks from leading architects and interior designers. As far as exhibitors were concerned, their products were required to be innovative and had to pass before a judging panel prior to the event taking place. The same ARCHITECT@WORK concept will be repeated in other cities in 2017: Stockholm (Sweden), on 5 and 6 April; Kortrijk (Belgium), on 27 and 28 April; Zurich (Switzerland), on 10 and 11 May; Paris (France), on 21 and 22 September; and, lastly, Marseilles (France), on 15 and 16 November. 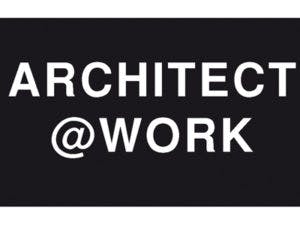 Grand Designs Live returns to London's ExCel exhibition centre from 29 April to 7 May 2017. Over the nine days of the event, visitors will be offered a unique opportunity to view all the latest trends for the home as well as previously unseen products. More than 500 exhibitors will be attending the event! 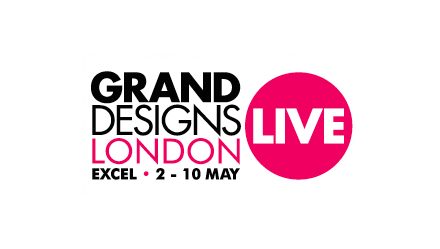 From 23 May to 23 July, São Paulo (Brazil) will play host to Casa COR, the most important decoration event in Latin America and the second largest in the world. Held since 1987, it brings together the latest trends in architecture, decoration and landscaping.

Lastly, there's one very special event in the calendar, which takes place in the Argentine capital. Casa FOA, in Buenos Aires, started out in 1985 and has enjoyed year-on-year success ever since. In essence, this is a space in which creativity can be freely developed, a meeting place where designers, architects, interior decorators and landscapers, all chosen for their talent and prestige, are able to share their research and findings. The event will take place from 15th September to 15th October.